CIRHR Buildings Through the Ages 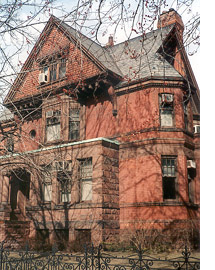 The house was built in 1896 as a wedding gift for Lillian May Gooderham, daughter of George Gooderham, the President of the Gooderham and Worts, which was the largest distillery in the British Empire. Lillian married Charles William Beatty and they lived at 121 St. George until their deaths, Charles in 1958, and Lillian in 1967 at age 93. Lillian had lived in the house for over 71 years. The University of Toronto purchased the house on 23 September 1968 for $310,000 ($2,105,000 in today’s money). It housed the Media Centre until 1992, when it became the home of the CIRHR (previously at 123 St. George Street). 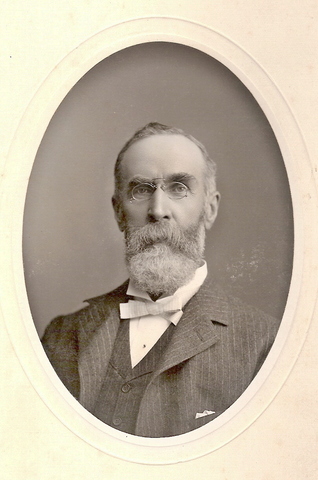 Left: George Gooderham, 1830-1905
Right: 121 St George Street
The house was built in the “Annex style” and is a combination of Richardsonian Romanesque and Queen Anne Revival architectural details. The rusticated masonry, the Romanesque entrance arch and recessed door are typical of Richardsonian Romanesque. The Queen Anne Revival features include fishscale shingles, asymmetrical facades, steeply pitched roof, a front-facing gable, and overhanging eaves. In the late 1800s, St. George Street was considered one of the wealthiest boulevards in the city and this house was meant to impress. The architect is recorded as Langley & Burke.

Lillian (Mrs. Charles William Beatty) was the last surviving daughter of George and Harriet Gooderham, and one of eleven children. One of her main philanthropic interests was the Canadian National Institute for the Blind and she was the first president of the CNIB Women’s Auxiliary. She and her husband were avid hockey and football fans and were one of the original subscribers to hockey at Maple Leaf Gardens, occupying the same box since it was built in 1931. She was a past president of the St. Paul’s Anglican Women’s Auxiliary and a life member of the Toronto Hunt, the Toronto Golf Club, the Toronto Ladies’ Club and Caledon Mountain Trout Club. 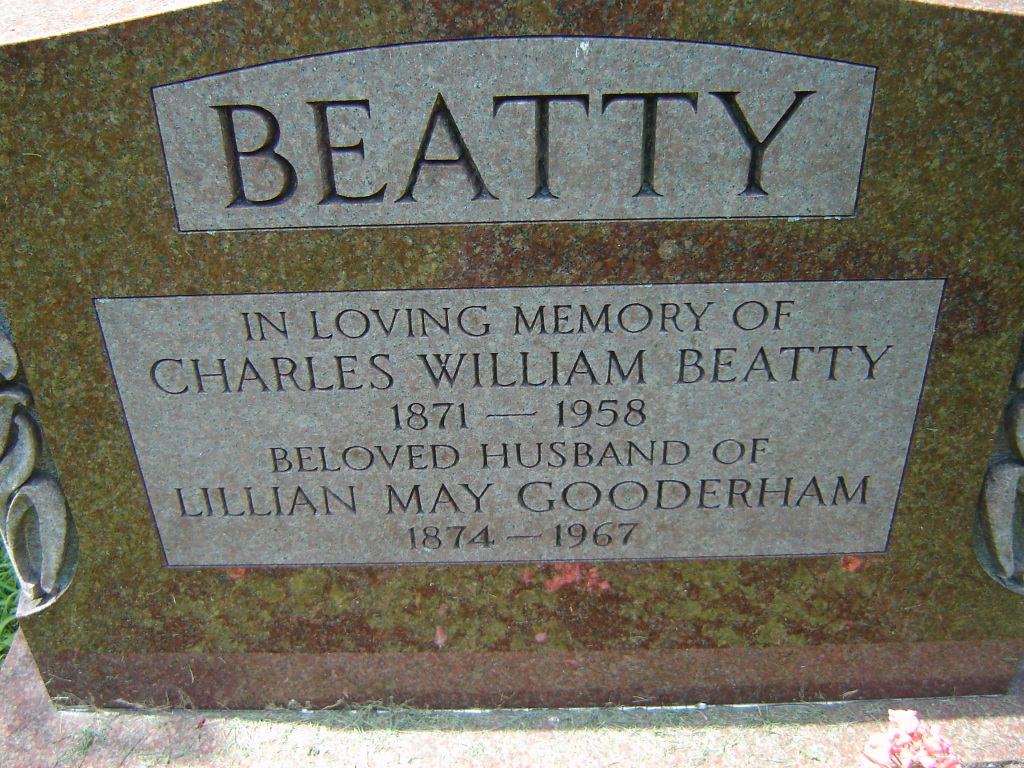 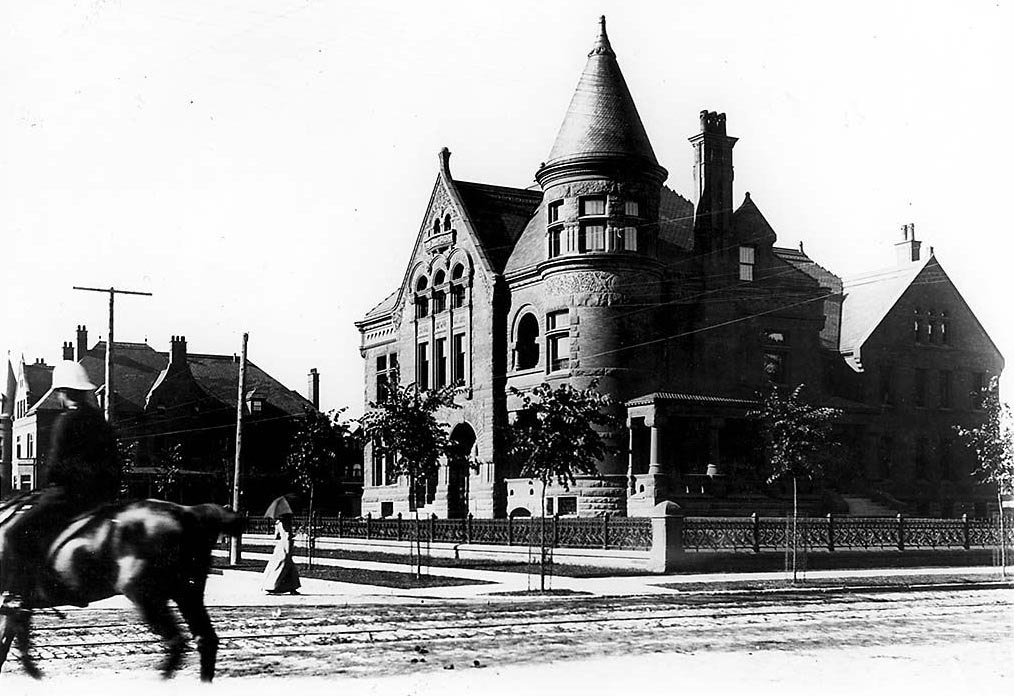 and of the Tadenac Club on Georgian Bay, where he had a summer residence, and a member of the National Club. Charles was the son of Charlotte Louisa Worts, daughter of James Gooderham Worts, who formed the partnership of Worts and Gooderham with his brother-in-law, William Gooderham, father of George Gooderham.

George Gooderham was 69 years old when he built his house at 135 St. George Street in 1889, which was sold to the York 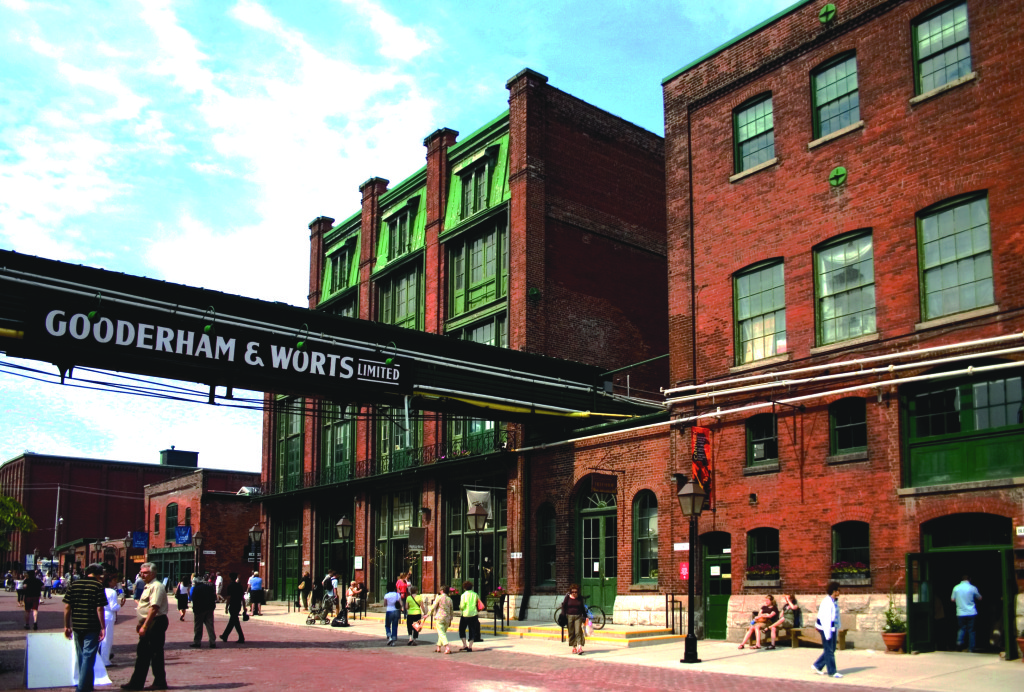 Club in 1909, four years after his death. The house is a showcase of the Richardsonian Romanesque style and reflects the wealth and status of the Gooderham and Worts dynasty.

The Gooderham and Worts corporate headquarters was the famous Flat-Iron Building on Front Street, built in 1892. It is one of Toronto’s historic landmarks and is an early example of a flat-iron building, which has a triangular ground-plan. The Distillery Historic District in Toronto is a retail and entertainment complex within the restored buildings of the former Gooderham and Worts Distillery, the largest collection of Victorian-era industrial architecture in North America. 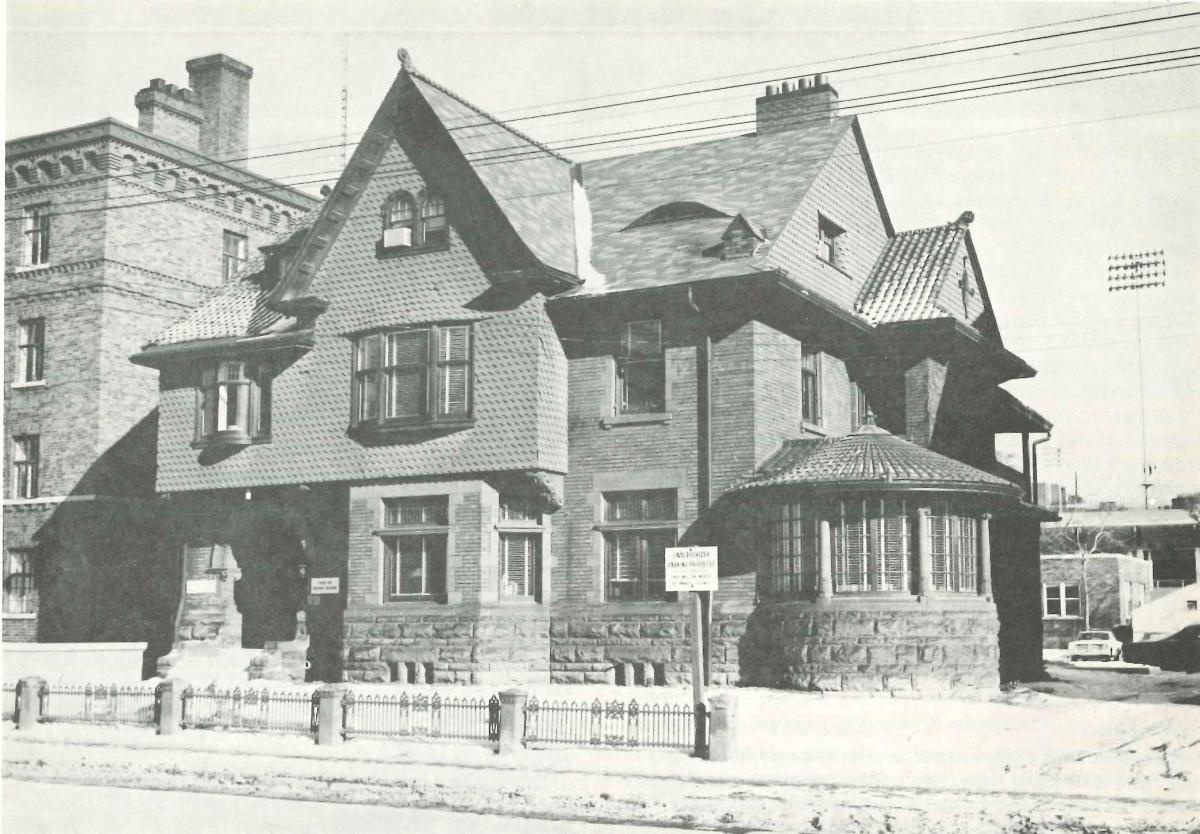 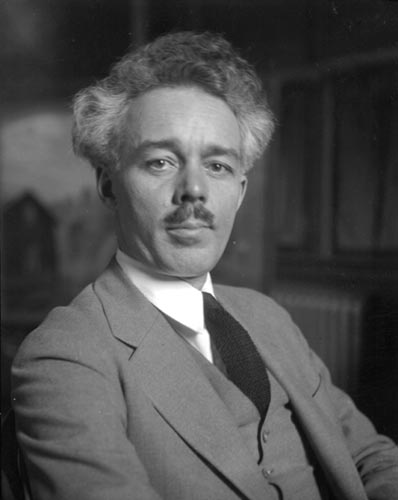 $13,000 for Thomas Harris and his wife Annie, parents of the famous Group of Seven artist Lawren Harris. Alanson Harris, Thomas’ father, had begun a small farm equipment business in 1857. In 1891, the family business was merged with Massey farm equipment, forming the forerunner of the Massey-Ferguson Company.
Left: 123 St. George Street in 1972
Right: Lawren Harris, 1926
Thomas did not live to see his new home completed. In 1901 his widow Annie moved into the house with her family, including the 16 year old Lawren. During the pre-WWI years, Annie lived alone in the house. She remarried in 1911, but her husband, Edward Reynolds, died within the year. When war was declared in 1914, Annie moved to England to supervise the Massey-Harris Hospital in London.

Lawren, now married, moved into 123 St. George with his wife and two children. Although Lawren lived at 123 St. George, his studio was on Severn Street.The bulk of his work at this time dealt with the streets and houses of the Toronto area.

Following the war, Annie returned to take up residence in the house while Lawren went to the wilds of northern Ontario to paint.

From 1923 to 1926, Annie rented 123 St. George to George Howard Ferguson (“Foxie Fergie”), Ontario Premier from 1923 to 1930. She then sold the house for $30,000 to Phi Gamma Delta fraternity, which owned it for forty years. The 18 members had two cooks and a houseboy to make their beds. In the frat dining room the members were denied entry unless they were wearing a proper shirt and tie. The University to Toronto bought the house on 31 March 1966 for $180,000 and the CIRHR relocated from the Drill Hall in 1967.

The CIRHR opened in 1965 and had two offices in the Drill Hall at 119 St. George, now Woodsworth College. From 1939 to 1968, the 1892 house and 1939 Drill Hall formed the headquarters and training facilities of the University of Toronto Contingent of the Canadian Officer’s Training Corp (COTC). In 2012 a plaque was unveiled commemorating the role of these locations for the COTC.